U.S. Congressman Nick Joe Rahall II served the people of West Virginia for nearly forty years. He began his political service in the early 1970s working in the cloak room of the U.S. Senate; as a staff member in the Senate Office of the Majority Whip from 1971-1974; and as a delegate to the Democratic National Conventions in 1972 and 1976. He was elected as a Democrat to the U.S. House of Representatives in 1976 to represent West Virginia’s Third District and was re-elected for nineteen terms, serving from January 3, 1977-January 2, 2015.

Nick Rahall II was born on May 20, 1949, in Beckley, West Virginia, to parents Nick Joe Rahall, the co-founder of the WWNR radio station, and Mary Alice. He is the grandson of Nicholos Rahall, an immigrant from Kefeir, Lebanon, who settled in Beckley in 1909 and was the co-founder of Rahall Communications, a radio broadcasting company with stations in West Virginia, Indiana, Pennsylvania, Ohio, New Hampshire, and Florida. Rahall graduated from Woodrow Wilson High School in Beckley and then earned his bachelor’s degree from Duke University in 1971. He also received some graduate education from George Washington University. He worked as a sales representative for his family’s radio station while also serving as President of the Mountaineer Tour and Travel Agency and President of West Virginia Broadcasting in 1974.

In 1976, he entered the race for the West Virginia Fourth Congressional District and defeated incumbent Congressman Ken Hechler for the Democratic nomination. Hechler tried to reclaim his seat during the 1978 primary, but Rahall gathered support and endorsements from leading Democrats, such as Robert C. Byrd and House Speaker Tip O’Neill. A final challenge from Hechler occurred in 1990, resulting again in a victory for Rahall. Rahall then defeated former Supreme Court Justice Elliot “Spike” Maynard during the general election on November 2, 2010. He was reelected to his nineteenth term in Congress on November 6, 2012 after defeating Republican Rick Snuffer. Rahall represented the Fourth District from 1977-1993 when it was redistricted to become part of the Third District. Rahall represented the Third District from 1993-2015.

When he entered Congress in 1977, Rahall was the youngest member at age 28. He focused on a number of issues, including foreign policy, energy, infrastructure, coal, and environment and tourism. He became well-known for his efforts to provide aid for the benefit of coal miners and those suffering from black lung disease, veteran’s benefits, and mine health and safety. He held a number of leadership positions, including Chairman of the Committee on Natural Resources (2007-2010), Vice Chairman of the Committee on Transportation and Infrastructure, and Chairman of the Subcommittee on Mining and Natural Resources (1985-1993). His district covered the southern region of West Virginia where coal was the dominant source of revenue. He introduced legislation to improve mine health and safety issues, as well as black lung benefits, and publicly opposed legislation to end mountaintop removal mining. His efforts to improve mine health and safety include sponsoring the 1992 Coal Act, along with Senators John D. Rockefeller IV, Robert C. Byrd, and others. In 2006, he was able to secure funding for the Mine Safety Technology Consortium located in Montgomery, a response to the January 2, 2006 Sago Mine Disaster.

While supporting the coal industry, Rahall also sought to preserve the environmental and historical resources of the state. In 1978, he introduced legislation establishing the New River Gorge National River as a unit of the National Park System in southern West Virginia. Ten years later, he worked to designate the Gauley River National Recreation Area and the Bluestone National Scenic River, creating the largest network of federally protected rivers in the eastern United States. In 1996, his leadership also established the National Coal Heritage Area in eleven southern West Virginia counties, which aims to preserve and interpret the structures and landscapes of the state’s rich history of coal mining.

Rahall also led efforts in the area of transportation and infrastructure, developing federal highway and transit legislation. His efforts to improve West Virginia’s infrastructure began in 1976 when he was first elected. He was integral to the development of the 1998 Transportation Equity Act for the 21st Century, which required specific planning factors to be implemented in regional transportation plans, as well as authorizing federal surface transportation programs for highways, highway safety, and public transit. He also established the Rahall Transportation Institute (RTI), headquartered at Marshall University in Huntington, West Virginia. RTI has since become a leader in transportation research and economic development for the Appalachian Region. To promote and diversify southern West Virginia’s economic development, he became a front-runner for the Southern Highlands Initiative. This initiative aided in the development of industrial and business parks in the state’s southern coal counties. Rahall also considered technological advancement a key component to West Virginia’s economic development. He established the Nick J. Rahall, II High Technology Corridors Program, through which he promoted a sustainable approach to economic development by working with local communities to focus on small business and entrepreneurial advancement along major interstates. Rahall additionally helped to establish technology centers at Concord University in Athens, at Greenbrier Valley Airport in Lewisburg, and at the Raleigh County Airport near Beckley.

Proud of his Lebanese-Protestant heritage, he worked to ensure positive relationships between the Middle East and the United States. He soon became the senior of the few Arab-American lawmakers on Capitol Hill. He became well known for his expertise in foreign policy and was active in dealing with Middle Eastern affairs. He was the co-chair of the 1996 Arab-American tribute at the Democratic National Convention and a member of the board of directors for the American Task Force for Lebanon. He was nominated as an honorary of the Middle East Policy Council’s National Advisory Committee and worked closely with several other D.C.-based organizations, such as the National Association of Arab-Americans, the Arab-American Institute, and the American-Arab Anti-Discrimination Committee. Throughout his career, he accompanied and led a number of congressional delegation trips to the region.

In 2014, Rahall faced fellow Democrat Richard Ojeda in the primary election, coming out ahead with more than sixty-five percent of the vote, but he lost the general election to Republican Evan Jenkins. Congressman Rahall donated his papers documenting his 38-year career in the United States House of Representatives to WVU Libraries in 2015. 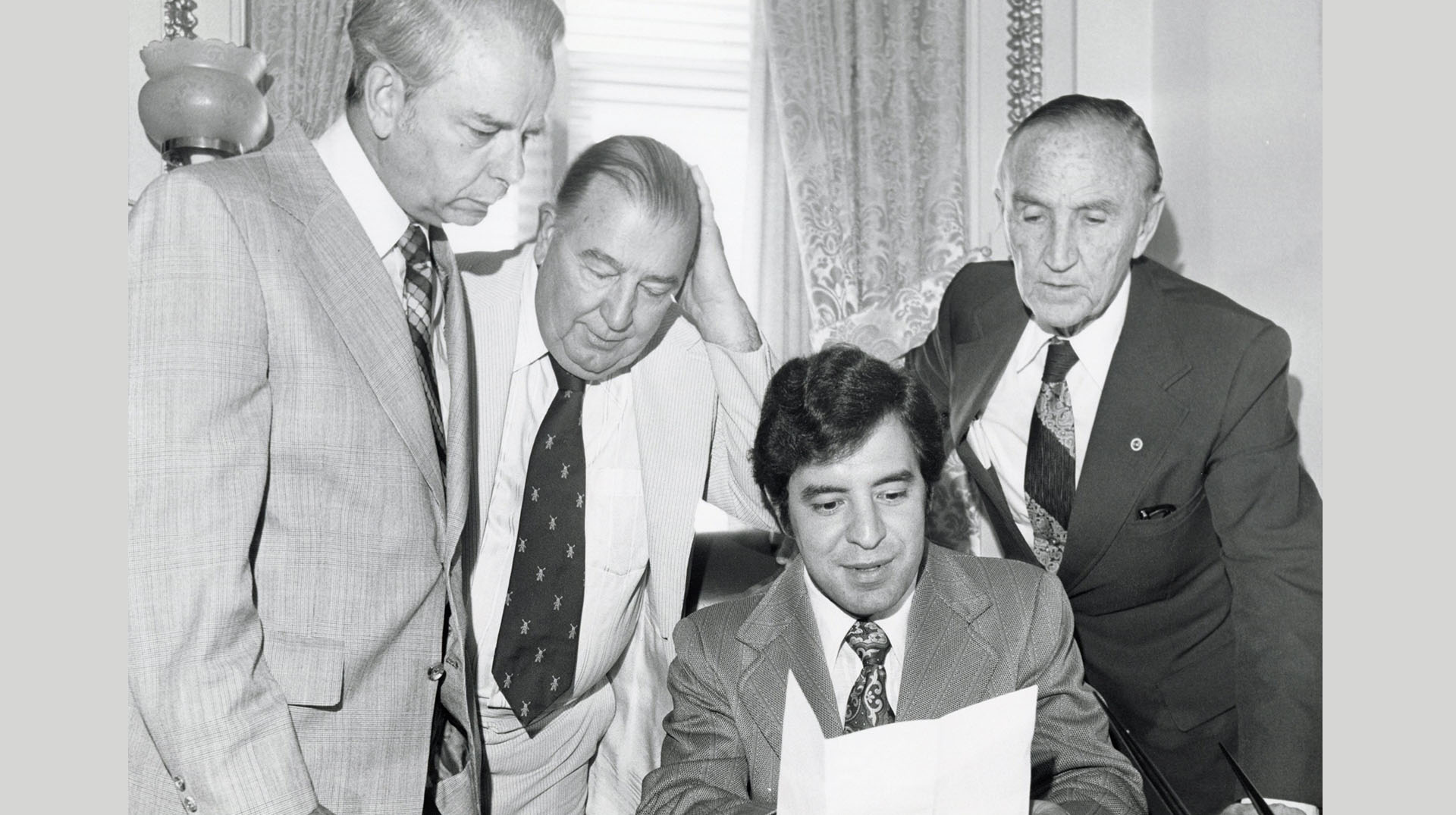 Before he was elected to Congress, Nick Rahall worked in the office of then U.S. Senator Robert C. Byrd and as assistant to the Majority Secretary of the Senate. He is pictured with Senators Jennings Randolph, Mike Mansfield, and Byrd in June 1976. 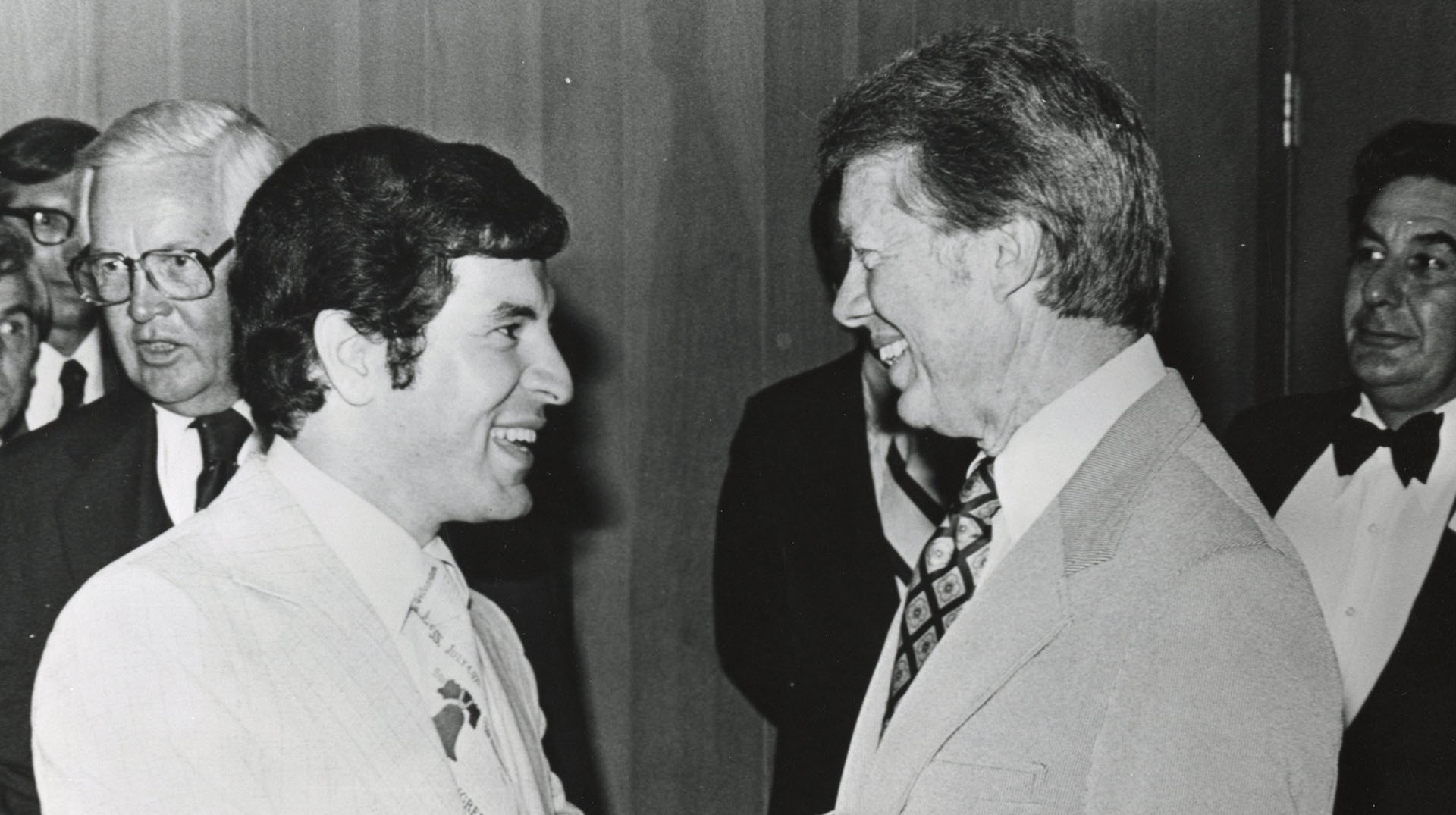 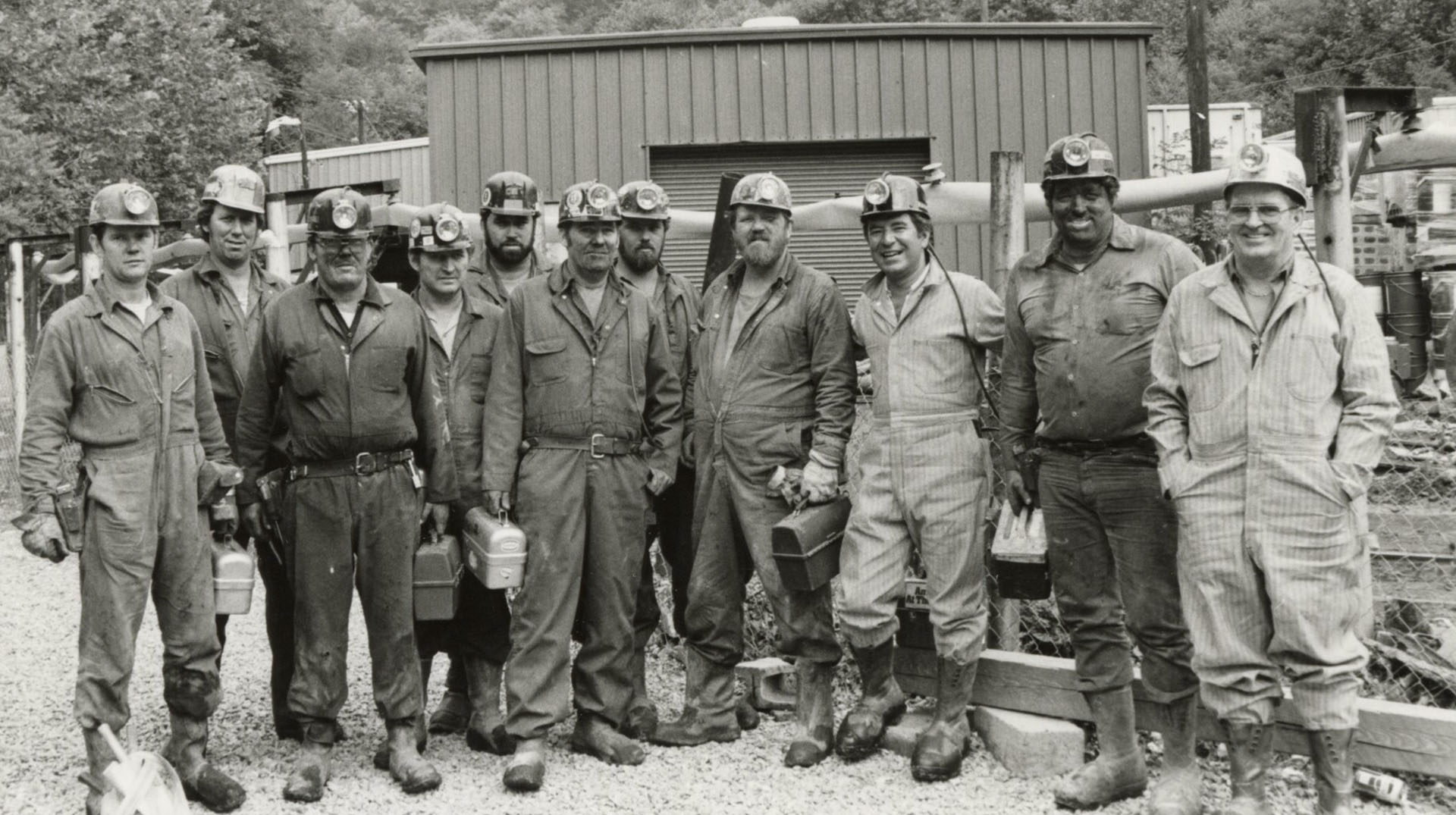